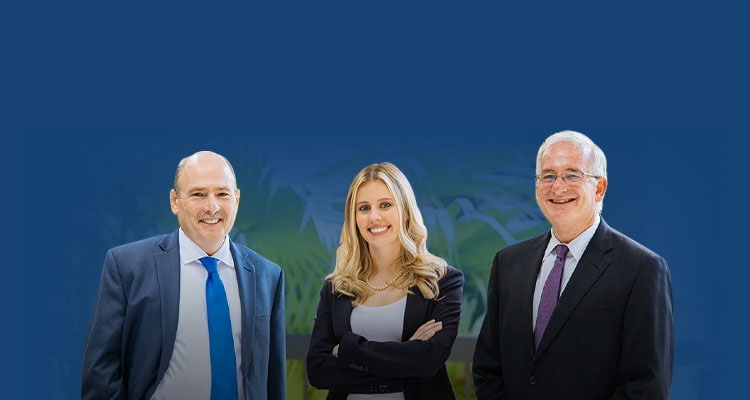 In the United States there are multiple estate and gift tax traps if you are not a U.S. citizen or your spouse is not.  If you are a non-resident, or a resident with a Green Card and own property in Florida or other parts of the United States, you need to know about these tax traps.  U.S. estate and gift taxes are very harsh for the non-resident who has not done the proper planning.

END_OF_DOCUMENT_TOKEN_TO_BE_REPLACED

On December 17, 2010, President Obama signed into law the Tax Relief, Unemployment Insurance Reauthorization, and Job Creation Act of 2010, simply known as the “2010 Tax Relief Act” (TRA 2010).  TRA 2010 includes significant changes for estate, gift and generation-skipping transfer (“GST”) tax relief in 2011 and 2012, as well as estate and GST tax changes which apply for 2010.

For decedents dying in 2010, TRA 2010 provides for a default tax rule which leaves an estate and GST tax with a maximum rate of 35% and an applicable exclusion amount of $5 million.  Although this is the default rule, the personal representative or executor of an estate can elect out and be treated as if TRA 2010 had not been enacted.  Unfortunately, this results in a cost of retaining carryover basis for the transferred assets, and the need to file an election by the personal representative or executor. Therefore, for 2010, estates have two choices: (1) they can pay no estate tax, which leaves the heirs with a carryover basis for inherited assets that have appreciated by more than $1.3 million (plus $3 million for assets going to a surviving spouse) or (2) heirs can claim a stepped-up basis on the inherited assets if the estate pays estate tax at 35% on assets over $5 million.

END_OF_DOCUMENT_TOKEN_TO_BE_REPLACED

Good news for taxpayers!  The new tax bill was signed into law today.   This law will extend for two additional years the Bush-era tax rates, including the 15 percent long-term capital gains and qualified dividends rate.  It will provide substantial estate tax relief:  the law will reintroduce the federal estate tax with higher exemption amounts, $5 million per person, $10 million per couple,  and lower rates (35% maximum vs. 45% in past years), among other noteworthy provisions. The bill was approved by the House of Representatives late last night; it was signed by President Obama this afternoon.

Please contact estate planning attorney Phil Rarick at (305) 556-5209 to  discuss the potential impact of the bill on you, your family and your business.   This bill may open up important planning opportunities for you.

It “appears” the President will agree to a future estate tax with a $5 million exemption and a 35% tax rate,  although he is getting tremendous resistance from his own party. We need to wait and see how this shakes out.  Regardless of your political affiliation, note that this agreed exemption and rate are only for two years.

As usual, Congress and the President are waiting until the last minute to compromise.

It they don’t, most people are in for a big tax hike.   For example, without an agreement,  the estate tax exemption is scheduled to reset with a $1 million exemption and a 55% maximum tax rate on January 1, 2011.